A “tikka” is a piece of meat, fish or even vegetables, cooked in the cylindrical, clay Tandoor oven. Masala is the thick, spiced sauce in which the meat is simmered and served. Though Tikka Masala is a classic Indian restaurant favorite, its origins are shrouded in myth and mystery. Some say it originated on the streets of Punjab during the last century. Some say it emerged in London during the 1970s. Others claim their grandmother invented it! Whichever story you choose to believe, this rich, orange-colored simmer sauce is a universal crowd-pleaser and is today the most popular dish on Indian restaurant menus around the globe. Simply add yoghurt or cream and chopped tomato to this paste to build your own classic dish.100% Natural. No Artificial Preservatives, Flavors or Colors. 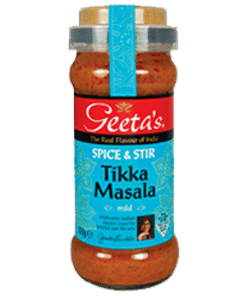 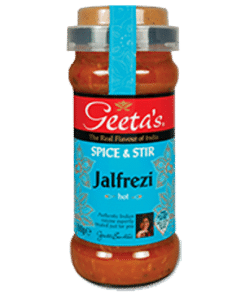